Colonel Calvin West is small for an Elemental, yet his size belies his strength. West is an inspirational and strong-willed commander, and a master of headhunter tactics. A Nova Cat by birth, he is also the unit’s mystic and is believed to see into the future.

The Horde's insignia is a bull with red eyes and flaming nostrils, covered in black armored plates trimmed in silver. 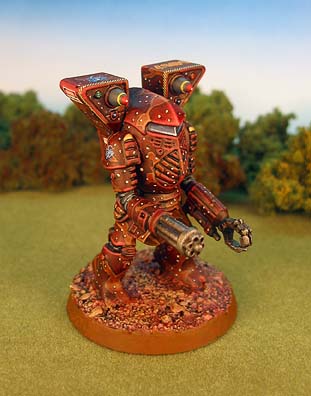