This mini was painted with a base coat of Testors Light Sea Gray, and given a heavy wash of black. The red trim is Americana Holly Red, and the cockpit and PPC emitters are done in a mix of Americana True Blue, Coral Blue, and white. 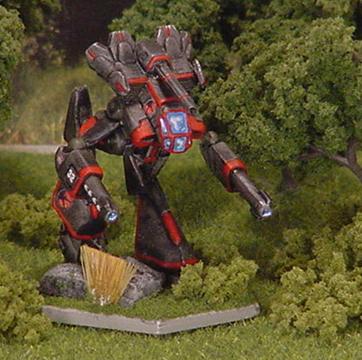 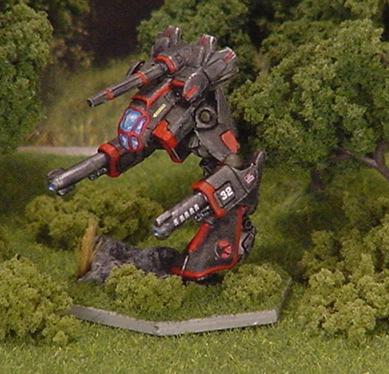 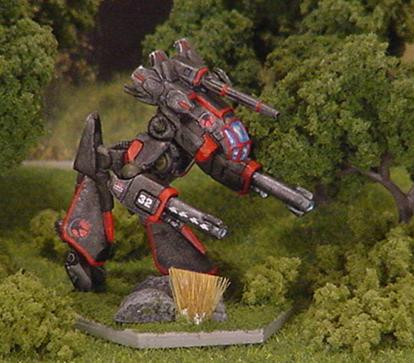