This mini was painted with Ceramichrome Softees Heather Blue, washed with a mix of Americana True Blue and Ceramcoat Hippo Grey, and drybrushed with Ceramcoat Cadet Grey.

Exploiting their old Earth ties to Ireland, the Donegal Guards use a shamrock set on a dark red square as their insignia. On Donegal 'Mechs and vehicles the Guards insignia appears on the right shoulder or side and the insignia of the unit on the left. The insignia of the Thirteenth depicts the head of an angry black cat, its hair standing on end. Per FM:Lyran Alliance, pages 62 and 71. 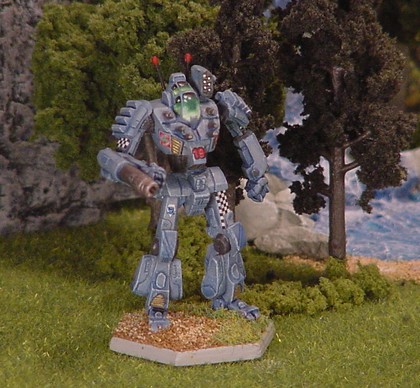 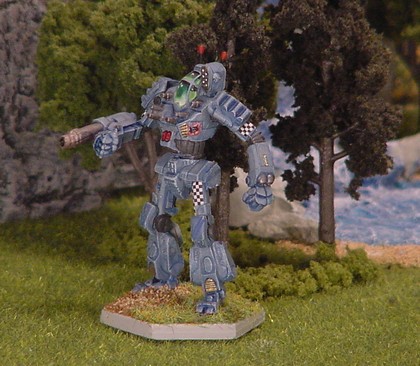