"Phoenix", Adept Omicron Rho IX Bryn Rivenschild's customized Lightray from the Opacus Venatori has been heavily modified from the original miniature. Both arms and legs, knees, and elbows have received reposing and epoxy putty has been used to fill any gaps. A custom base was fabricated from slate and cork to accomodate the new wider stance. 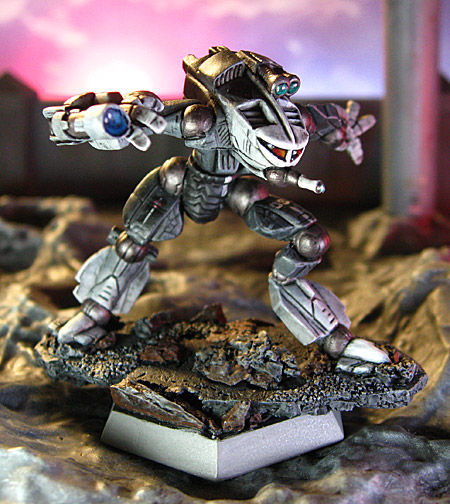 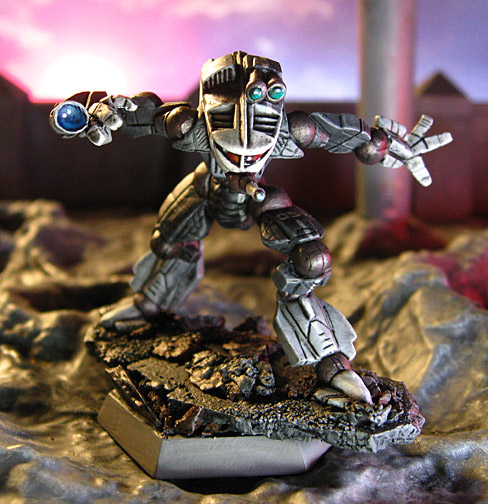 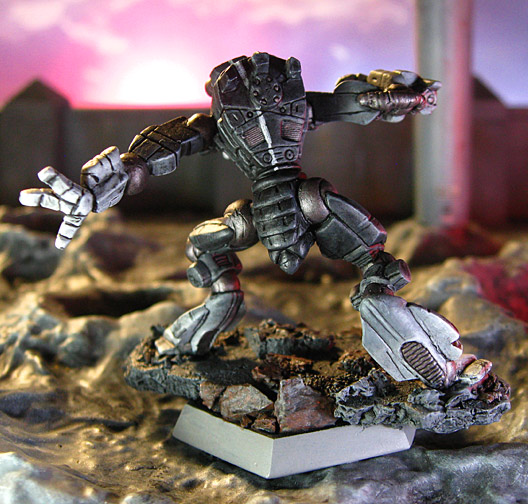 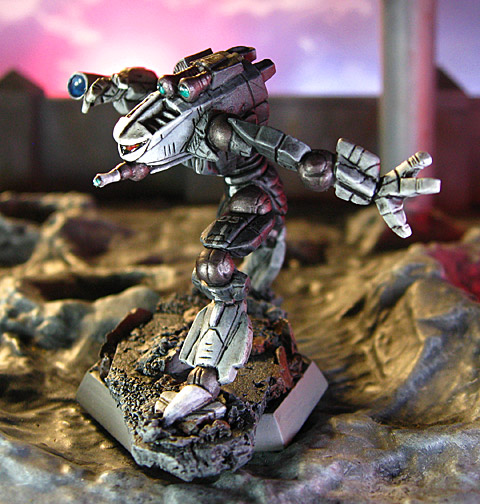