This is the GenCon Limited Edition Catapult, in the Kuritan PPC 2K model. It has been reposed into a running stance.

The Dieron regiments bear their district and regimental insignias proudly, along with the House Kurita dragon crest. The crest always appears on the outside of a BattleMech's right shoulder, and the district insignia of a red starburst against a setting sun appears on the right arm just below it. Regimental insignias tend to appear on a BattleMech's upper left leg. The various insignias appear in corresponding locations on other types of war machines.

True to their nickname, the 24th's insignia depicts a hand holding a severed head by its hair. The head greatly resembles that of Prince Hanse Davion, former ruler of the Federated Suns and nemesis of Takashi Kurita. 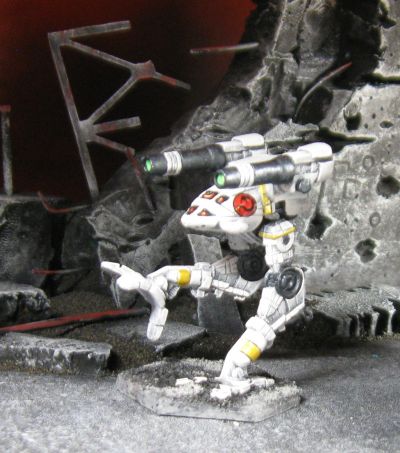 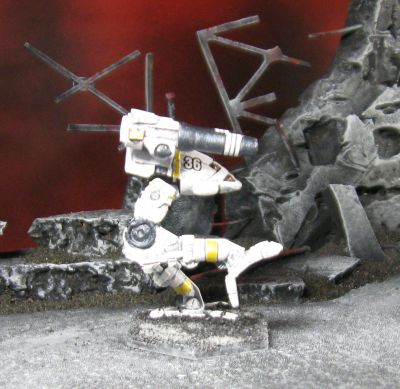