This mini has been modified to reflect the AS7-D art in the original 3025 TRO, with the SRM launcher high on the chest and the LRM-20 with it's five-barrel launcher on the hip.

Exploiting their old Earth ties to Ireland, the Donegal Guards use a shamrock set on a dark red square as their insignia. On Donegal 'Mechs and vehicles the Guards insignia appears on the right shoulder or side and the insignia of the unit on the left. The insignia of the Thirteenth depicts the head of an angry black cat, its hair standing on end. Per FM:Lyran Alliance, pages 62 and 71. 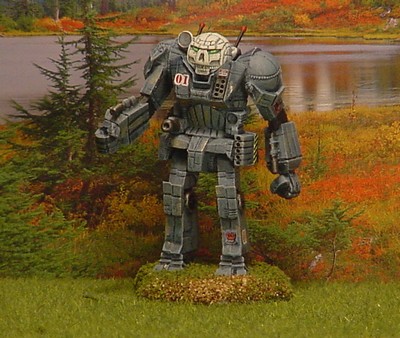