The Vulcan is painted in the colors of the Seventh Crucis Lancers, which dropped into Tikograd and siezed the Industrial District during Operation Rat. 7th Crucis Lancers: Broken Wheel Charioteers The Seventh Lancers use a parade scheme of Davion green with red and blue highlights. Per FM:Federated Suns, page 73. Other references: none The organization's insignia is a stylized general's baton set against a yellow flag. The unit's insignia is the Lancers flag with the initials "B.W.C." inscribed beneath. Per FM:Federated Suns, pages 66 and 73. 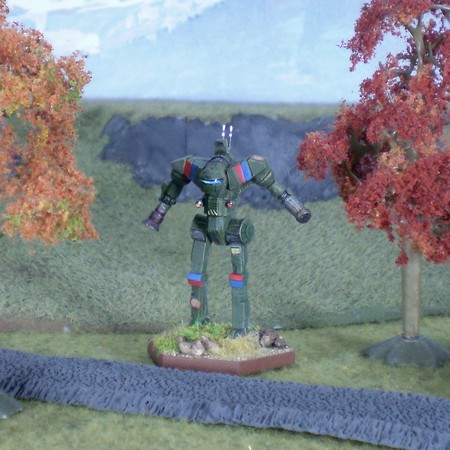