This miniature represents the personal BattleMech of Warlord Grieg Samsonov of the Draconis Combine's Galedon Military District. The 'Mech has been painted in the livery of the 5th Galedon Regulars, of which Warlord Samsonov was CO during the Galtor campaign of 3025. This miniature has been modified from the original by covering the missile ports with light gauge stryene sheet, replacing the arm weapons with PPC's by cutting down and modifying the arms from a Man-o-War Prime (20-386). The back banner is made from coffee filter hung over light florist wire. The sports car was scratchbuilt using sprue from the Atlas pack and a bit of styrene from the blister. 5th Galedon Regulars: Pride of Galedon Most Galedon Regular units use color schemes based on light blue, tan, white and gray. Parade colors are usually gray with light blue stripes or tan with white stripes. Per FM:Draconis Combine, page 59. Other references: none The Galedon Regulars insignia is a gray-white katana set over a field composed of one blue and one black triangle. This insignia is always painted on a BattleMech's upper right leg or on the fuselage of an aerospace fighter. The insignia of the Fifth Galedon is targeting cross hairs painted in red on the torso of a BattleMech or the body of any other vehicle. Per FM: Draconis Combine, pages 59 and 61. 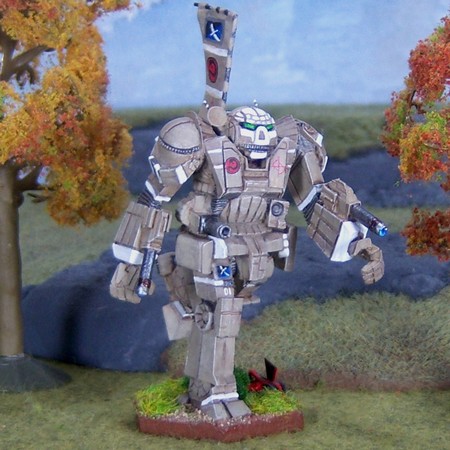 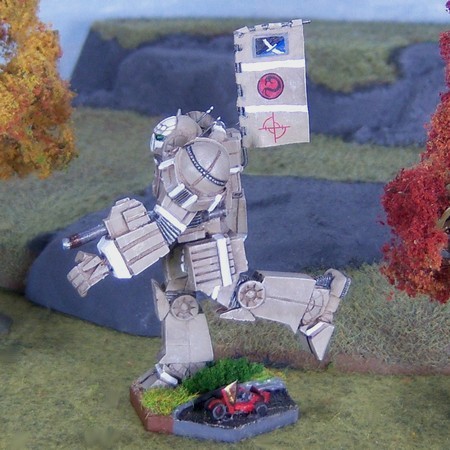 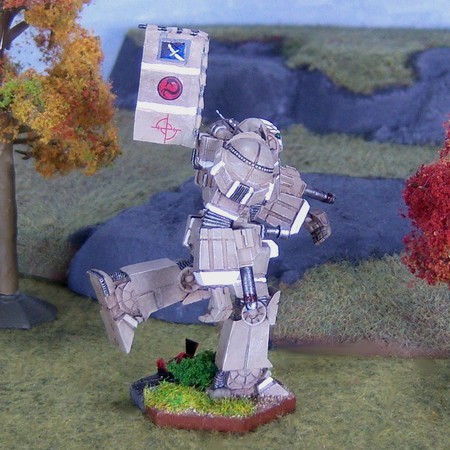