This model represents the personal Mech of General Aaron DeChavilier, second in command of the SLDF under General Aleksandr Kerensky. The model is painted using a base color of GW Catachan Green to represent Star League Olive Drab, and various craft paints and Vallejo light Olive have been used for shading and highlighting. The 'Mech is pockmarked and laser-scarred to represent DeChavilier's duel with the turret gunners during the assault on the last of Amaris the Usurper's strongholds. Reference: Technical Readout 3039 P.168. 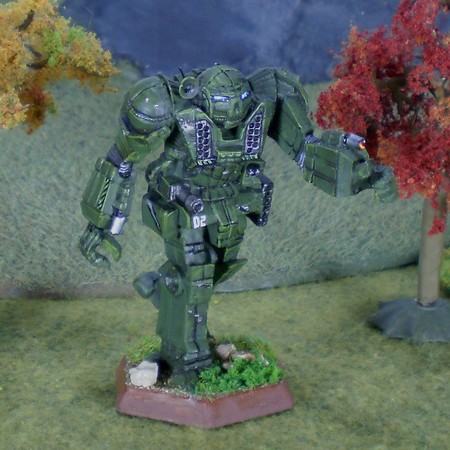 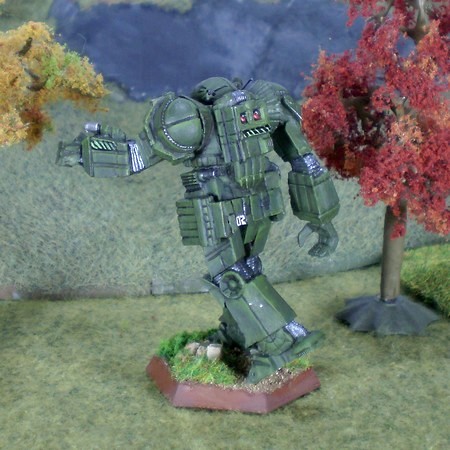