This miniature has been extensively modified to represent the Experimental Grasshopper GHR-7X from Experimental Technical Readout: Mercenaries, Page 5. The head was removed and the miniature was removed from the base and re-posed. The replacement head was made from stryene card (an old transit pass), as was the torso-mounted cockpit. The jet exhausts were made from bits of plastic minis out of the bits box. The wire supporting the miniature was concealed using green flocking foam. 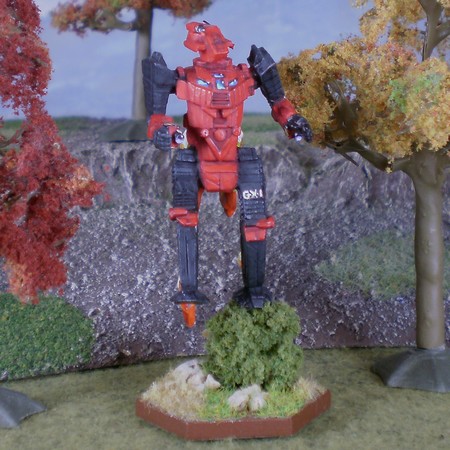 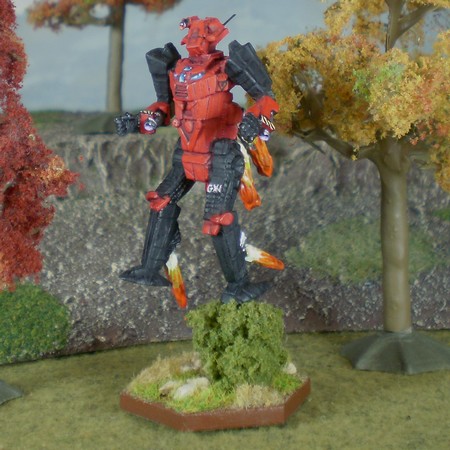 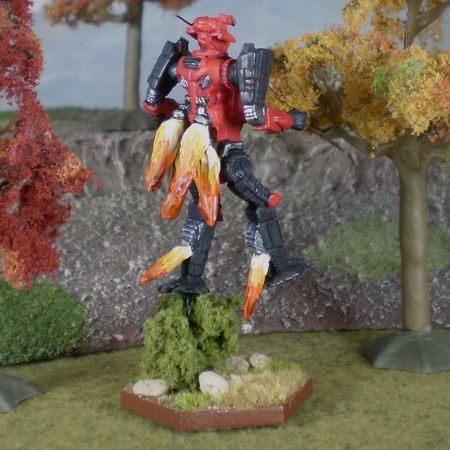