This model has been re-posed into a running posture by cutting one of the legs from the original base. This represents the personal BattleMech of Dana Kufahl, Khan of Clan Coyote during Operation Klondike, the return of the clans to the Pentagon Worlds. Military equipment for Clan Coyote is painted in varying shades of Black Blue and Gray Reference FM:Warden Clans P. 47 Reference Clan Coyote Alpha Galaxy, canonized by Savage Coyote, as follows: In a tradition dating from Operation Klondike, Alpha Galaxy paints it's equipment light blue with gray accents. After the death of ilKhan Corian Tchernovkov, a black stripe was painted vertically down the left torso and leg. Following Khan Sullivan Koga's death, Alpha has added another stripe alongside the first. -Canonized by Savage Coyote, 9/13/2008 Watch for a tutorial on how to paint this scheme in the Clan How-To series. 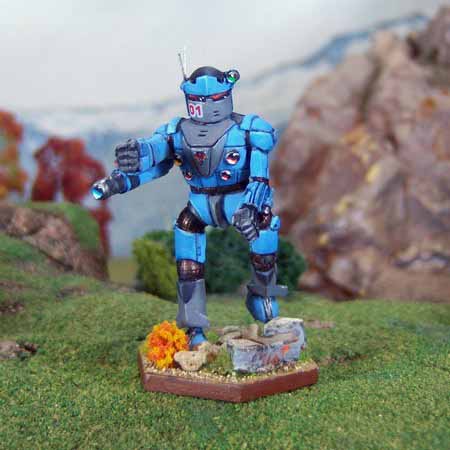 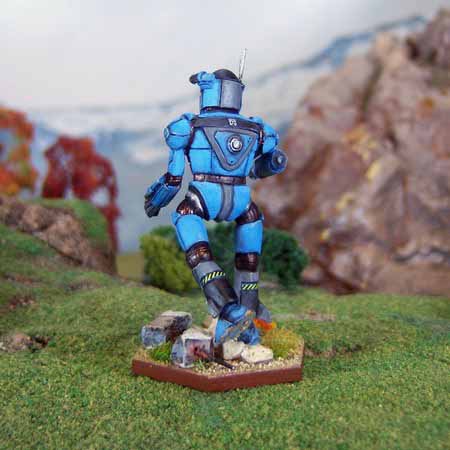 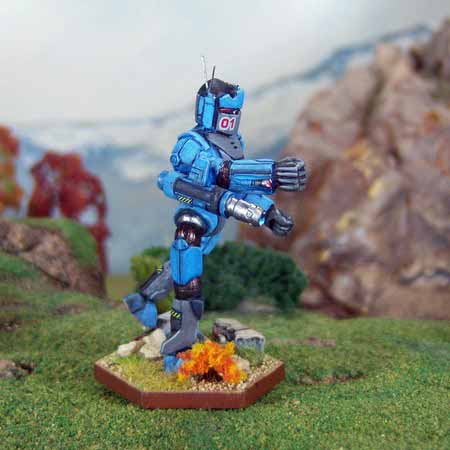