Colonel Thomas Hogarth: Formerly commander of the Furillo Bolan Province Militia, Colonel Hogarth was promoted to the position of LAAF liaison with Defiance Industries at the end of the FedCom Civil War. In April 3074 Blakist raiders attacked Furillo in a bid to destroy the vital BattleMech factory. Three OmniMechs broke through the Furillo BPM, only to run into Hogarths Atlas. The Colonel crippled one attacker with a lucky shot, and the other two wasted time demolishing his BattleMech, allowing battle armor from Defiance Industries security to arrive and swarm them. Hailed as a Hero of the Alliance, Hogarth was presented with a new Defiance to replace his wrecked Atlas. He accepted the gift graciously, but he secretly yearns for a heavier proper BattleMech. This minature has been modified to represent the more expensive targeting suite and applique armour requisite to a Mechwarrior of Colonel Hogarth's lofty idiom. 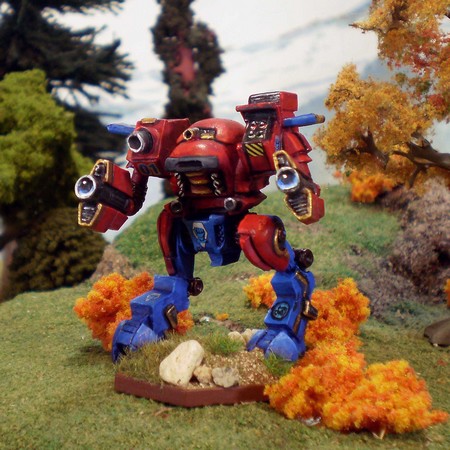 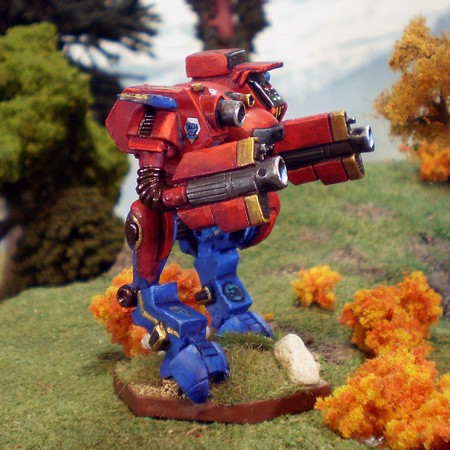 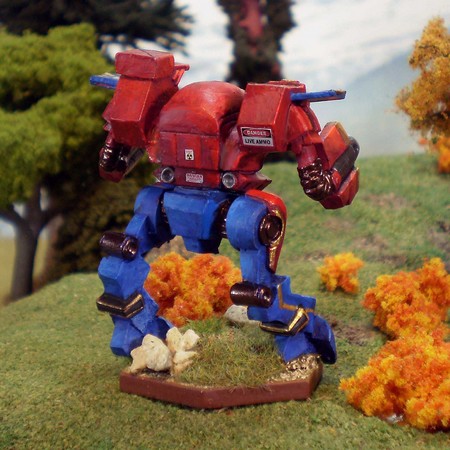