This miniature has been reposed to be running/jumping as well as slight modifications to the gun barrel to represent the BTZ-4F variant designed by the artist for RS:3060u.

Exploiting their old Earth ties to Ireland, the Donegal Guards use a shamrock set on a dark red square as their insignia. On Donegal 'Mechs and vehicles the Guards insignia appears on the right shoulder or side and the insignia of the unit on the left. Recognizing the unit's ties to the ruling family, the insignia of the Seventh Combat Team depicts a blue-green world held in the Steiner fist. Per FM:Lyran Alliance, pages 62 and 68. 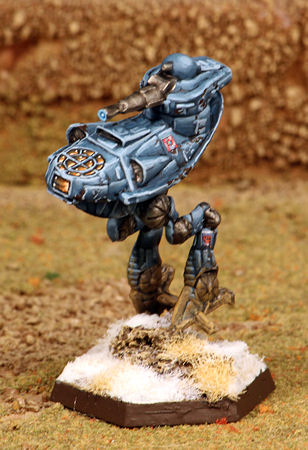 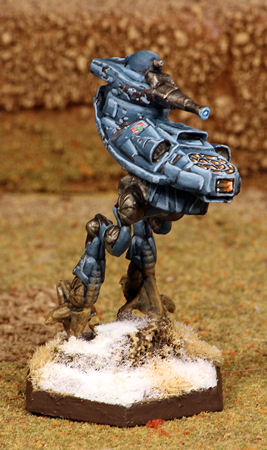