uses blue on the torso, fuselage or turret of its units. Blue and gray camo covers all other surfaces. White and blue stripes are painted on the arms of 'Mechs, right wing of aerospace fighters and the main guns of vehicles. A claw mark for each kill is made on these stripes.

The Galaxy insignia is the Clan Ghost Bear logo rendered in white, with the Greek letter tau superimposed over it. 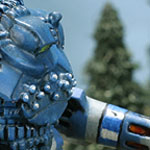 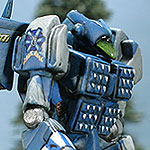 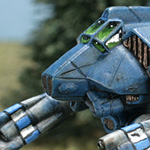